Thanks for visiting my page. To help with navigation, here is a list of popular pages all about Marching in Colour

* The History of Marching In Colour - who is the man behind the words and service, how did it all come about

* Commissioning Models for Painting - how the process works, start to finish, and what you can expect

* Gallery of Artists Work - with over 20 years experience, here is a small sample of finished commissions

* ITEMS FOR SALE - as well as painting models, I also sell pre-painted models and assorted loose models and scenery on Etsy and Ebay. Links here!

The History of Marching in Colour

Marching in Colour has existed, perhaps not in name, but in the painting service, from the late 90's.

The 90's and the Internet

The rise of the internet made connecting with fellow enthusiasts much easier than through the traditional 'gaming magazine'. As well as ideas, inspirations, and new friends, it also brought about a new era of commerce and opportunity. The market for buying, selling and trading wargames miniatures was now global. So was the ability to showcase ones work - modelling, sculpting and painting.

During the late 90's I began to feature my work on sites such as 'Cool Mini or Not', and began selling models on Ebay. These were the early days for Ebay, a time when they did not have specific sites sorted by country. I was one of the first UK sellers to have an Ebay.com (and later transfer to Ebay.co.uk). Back then, there was no Paypal, and I did a lot of business with US$ notes!

From there I set up my first website dedicated to providing a painting service, on the old now defunct 'Geocities'.

My work even featured in a local newspaper 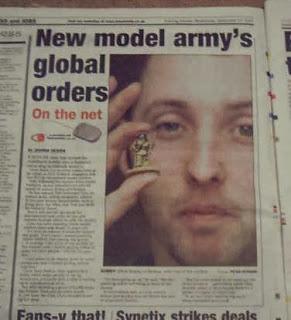 The 90's were very good, and it was clear that there was the opportunity for more. In 2000, I approached the 'Princes Trust', an organisation which helps new business start ups and successfully put together a business plan and secured a loan from them to set up a retail presence.

The shop - 'The Command Post - proved to be very popular and successful, selling all manner of wargames and hobby related items. Alongside this I also continued to provide my painting service and had clients locally, nationally, and plenty from overseas.

The launch of the shop, and my painting work, was then featured on a local TV Station. 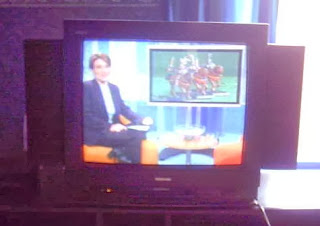 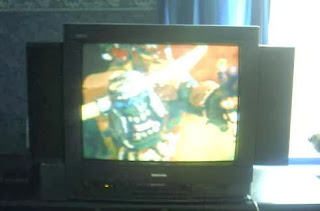 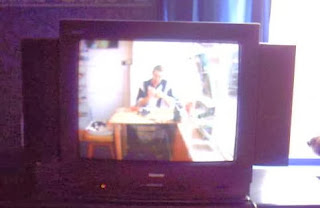 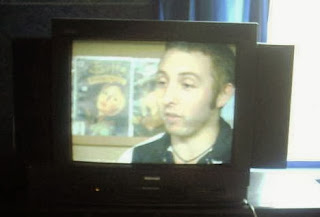 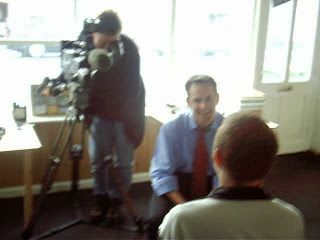 The Command Post ran until mid-2003 when unfortunately the building it was located in was sold and converted into flats! Unable to really find a suitable replacement premises, and being unsure if 'shop keeper' was a profession I wanted to be for the rest of my days, I called an end to the shop. Happy with the memories of the good times.

Although the Command Post had closed I continued to provide my painting service to the clients and friends I had made. I also ran a weekend 'Games Club' in the same town, with many friends from the old shop.

In 2003 I also found a great wargaming site, which has grown into the premier site on the internet. I speak of course of the might TMP - theminiaturespage.

I have been a member there for since mid-2003. My profile can be found here -
http://theminiaturespage.com/member/profile.mv?id=Project Vehemence

During 2006-07 I briefly opened a second shop, in the old format of the Command Post. I soon found my heart wasn't in it though. You cannot relive the glory days.

Still being active in the gaming industry I set up a new website/blog and re-established my presence on the internet and decided on a name. The result is this site - Marching In Colour.

During this set up time I promoted my service by attending and having a table at a local wargames show in Stockton-On-Tees.

I also have an established presence on Ebay, being registered on the .co.uk site since 2004. Currently I hold almost 800 Positive Feedback. My profile can be viewed here -
http://www.ebay.co.uk/usr/historystartshere

In addition to all this I am also Paypal verified, which means you can send payments in relative safety, knowing you are sending to a real, honest, individual.


Thanks for reading. Its been a great 16+ years so far, here's to hoping for another 16+